Like millions of other Americans, in a few weeks after your holiday indulgences have materialized, you might think “Hey, it’s a new year, I need to get my stuff together and get in shape.” Good for you! Exercise is really good for you. At least that’s what the “doctors” say. I’m so sure, they’re so dramatic.

With the new year, you might be considering getting a gym membership. Maybe working out at home is just not cutting it. You quit too soon, children interrupt you constantly; you clearly need a gym membership. But, if you’re waffling, I’d like to give you a heads up on what to expect, just so you’re not intimidated and you can take charge of your health. If you follow this step by step, you too will have zero results. 🤞Guaranteed🤞

So the first, most important part is that you go in there acting all experienced, like you’ve been here everyday for months. DO NOT LOOK TO THE RIGHT. You’re not ready for the free weights yet. Just look straight ahead. Focus. Type your phone number into the keypad and place your index finger on the fingerprint scanner. While this registers, you’re probably going to question whether you should have put your thumb down instead. This is a legitimate concern. After a few seconds you might start feeling anxious. Damn it Andrea, if you came in here more often you’d know which finger to scan. Just own the index and look the lady in eye like you belong here…Please work 🙏 Finally the scan machine reads “Enjoy Your Workout!”

Oh Thank God, it WAS the index.

So we’re in! Phew. That was stressful. Don’t worry we’ll get some endorphins pumping and feel great. Let’s just go drop our bags off in the women’s locker room. You’re gonna wanna carefully weave around the huge weightlifters and their giant water jugs. Are they seriously going to drink that gallon of water? You know you gain a pound for every 16 oz of that you drink, right? Hey, you do you, I’m just sayin. Oh here’s the locker room. Let’s find an open…

The senior aquatics class just ended and they’re all just *thinking* about getting dressed. Totally naked, chatting away, and in no rush to put clothes on. Am I the only one that’s not used to seeing hella naked people all the time?! Obviously I’m super mature, so I look away and act totally normal, but just fyi…people get and stay very naked in gym locker rooms. Don’t worry, you’ll get used to it.

So if you’re following the Andrea plan, you go to the elliptical in the far corner. You dial up your ipad to the latest crappy book you got on KindleUnlimited and you start plugging away.

After 30 minutes of sloth-like exercising, you wipe down the machine and migrate to the ab rollers. You do some crunches, taking lots of breaks between sets to rest and examine your life choices.

If it’s shorts weather, you might consider the machine where you’re repeatedly doing a spread eagle crunch with your thighs. This machine is highly effective. It really tones your inner thighs, but I’d avoid it unless you’re single and looking to mingle. It’s essentially Roxanne’s red light. 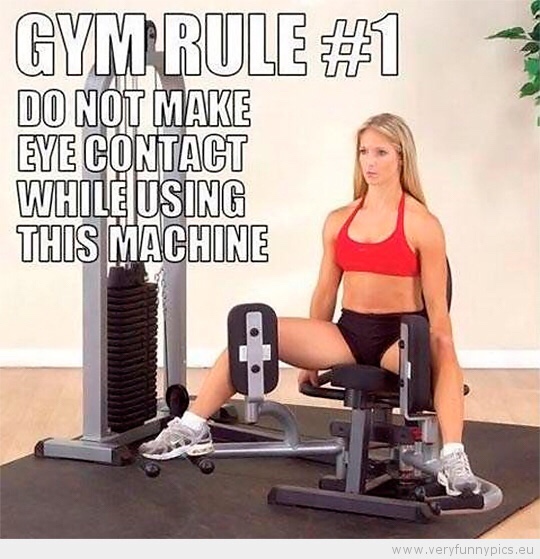 You could also take a class. I’ve taken all of them except Silver Sneakers, which is chair-based for the elderly. 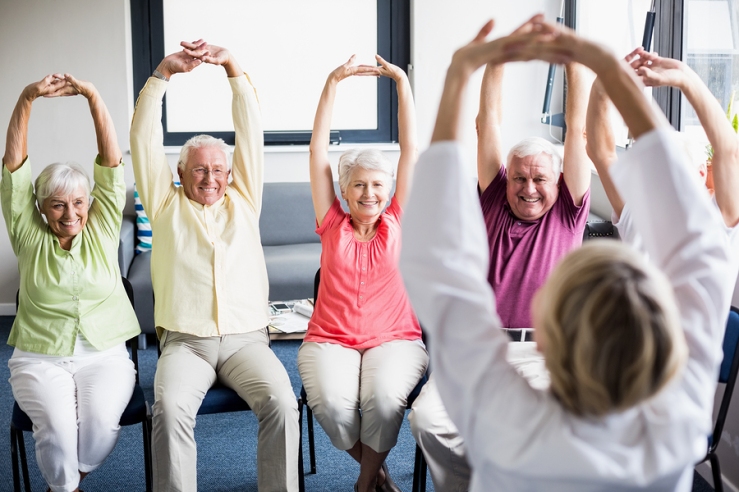 That one would probably be my favorite, but I’ll sum up the rest of them for you really quickly:

Cycling: the instructor keeps telling you to increase your resistance and you’re pretty sure you’re in cardiac arrest but you don’t want to make a scene. In addition, you’re crotch is suspiciously sore the next day.

Pilates: The Best. Only offered Tuesdays at 9:30 for the four people with no jobs.

Zumba: I can’t even. Every 10 seconds the class turns around in-step to stare at you, off-step as usual.

Body combat: “This is so dumb. I’m punching the air.” FADE IN Next Morning: “I can’t move my arms.”

Body Pump: Lighter Weights, lots of reps. You might die.

If you don’t like the hour commitment or public shame involved in classes, there are a couple other options.

If you like to play basketball, there’s a court, but I wouldn’t recommend it due to the sweat and aggression in there.

There’s also a huge section of weights and weightlifting machines. I don’t know how to use any of those, and there’s entirely too many mirrors and too much eye contact in that area anyway.

When you finish your workout, you should reward yourself with 10 minutes in the sauna. That’s where the real magic happens. Fat melts and seeps out of your skin. Right? Is that not scientific? I’m pretty sure I read that somewhere.

While the sauna is the cornerstone of my fitness regime, it’s also where things can get kinda awkward. It’s an 8×8 wooden room of silence and it can get pretty crowded. Most of us just sit there and become one with our chakras, but sometimes we get weirdos. This one guy came in wearing his brief underwear. Not a Speedo, but sweaty, see-through, brief underwear. He started doing squats. Like deep squats. Me and the 70 year old Indian man next to me were really focused on the temp gage in the upper corner for awhile. Yup, still 180.

After 10 minutes it’s time to go home. If you’re like me, the sauna might make you freakishly red, so you’re going to want to put on your hoodie and sunglasses before you walk out or they might mistakenly call an ambulance.

So, that’s my workout plan. Three days a week, two weeks out of the year. Is it worth $35/month? It’s kinda hard to tell…

I'm a substitute teacher and that about sums it up. View all posts by itskindahardtotell