This is a very important public service announcement to every sport enthusiast that has ever heckled a ref. You’re a jerk. 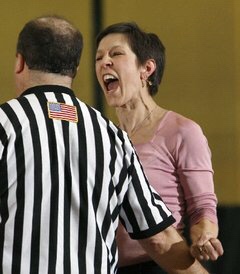 I mean I’m sure you have other redeeming qualities, but regarding this issue…

I mean cut them some slack, that’s got to be the worst job ever. I was reading 7 Habits of Highly Effective Teens to some 8th graders recently and it said a professional referee can earn UP TO $250,00 a year. That’s it?! To be emotionally abused and a social pariah needing security to escort you to your car after a hard day’s work?!  When on your best day only half the people think you suck? No thanks.

Even reffing for 7 year olds is dangerous. During basketball this year we saw our opponents’ coach yell at a 17 year-old high school ref. She literally walked onto the court and screamed at him.

The young guy was probably just trying to make enough gas money to get him to an orchard party that night. The poor kid is doing his very best on a Saturday morning at 8 am. He’s probably got a helluva hangover. Cut him some slack lady.

Recreational soccer is even worse! They have sweet little 13-year-old girls refereeing the games and the parents are brutal! One year our team mom was the most viscious. She would yell at them “Oh Okay, so you’re gonna call offsides NOW?!” or “If the REFS are gonna let him push you, PUSH HIM BACK!”

However, the worst, by far…is the little league parent. These parents are actually advanced species.

They can call a strike from the outfield, through a net, with 100% accuracy. They have hawk-vision that is impeded by neither distance, nor angle. In addition to their advanced eyesight, they have extremely developed vocal chords.

“Great play! It’s not your fault the ump is blind!,” said the parent-spectator when Todd filled in as an umpire for a friend last Wednesday. 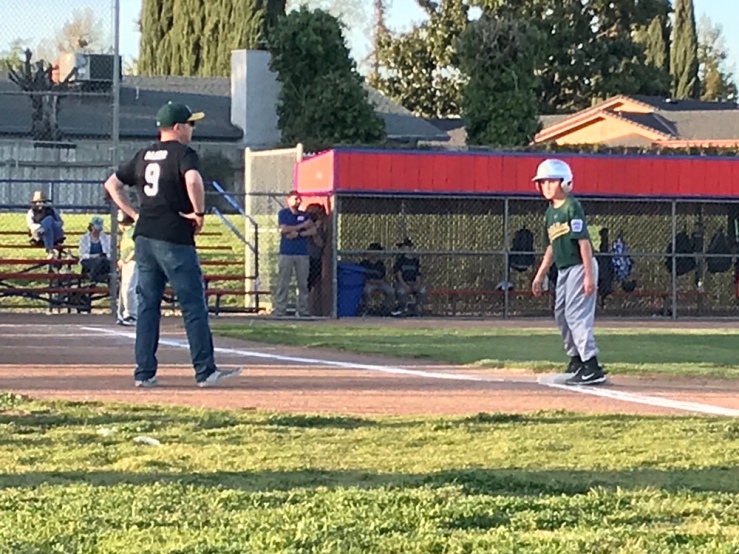 I guess it just bugs me so much because I feel like that 13 year old soccer ref is trying her very best. That poor teenage basketball ref is only making enough money to buy him a twelver of Natty Light, and his freeloading friends will probaly drink most of them. The volunteer dad is missing his mother-in-laws birthday dinner, but that’s beside the point.

It really is a super hard job. I subbed for jr high PE today and we played this really fun game called “Steal the Ball.” It’s basically capture the flag, but the flag is a tennisball and you can pass it one time. I’m there with my 13 year old whistle that’s all bent up and sounds like it’s going through puberty, and I’m doing my very best to monitor the participation, safety, and behavior of 28 tweeners when all of a sudden…

BOTH sides fire off a Hail Mary…

The two tennis balls were caught within nanoseconds of each other and I had just as much time to make a decision.

I went with my gut, but there was dissent. Both sides were so convincing with their opinions that it made me doubt myself, yet without instant replay, what can you do but stand by your decision? 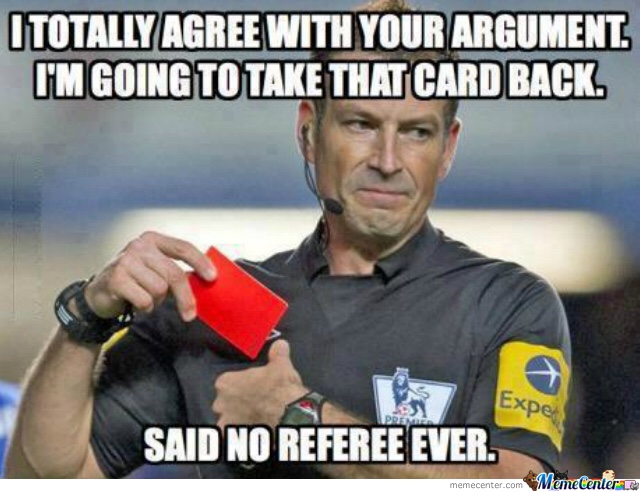 Don’t get me wrong, there are bad calls. All the time, at every level.

They’re only human. I couldn’t care less if the “evens” beat the “odds” today, just like the volunteer little league ref doesn’t care if the giants beat the warriors tomorrow night. I think they’re just trying their best, hoping someone gets 10 runned, so they can go home early.

For some people, it doesn’t matter what level, what season, what sport, what friendly game of silent ball on a rainy Tuesday in elementary school. The refs are ALWAYS wrong, until they’re FINALLY right. Good sportsmanship is the greatest thing our kids learn from playing sports and I think we might need to be better examples.

Or hey, I could be totally wrong.

Yeah, these people might be shitty referees. If that’s the case, and you’re an outfield elite, get your ass out here and volunteer. We could really use an ace umpire like yourself.

Until then, just take the call as it is, and remember it’s just some teenager or some parent out there trying their best with no instant replay and a lot less than $250,000 for their effort.

Or maybe it was a crappy call after all, it’s kinda hard to tell.

I'm a substitute teacher and that about sums it up. View all posts by itskindahardtotell

3 thoughts on “A-holes in the Outfield”